You are here: Home / Decomposition / What Does a Dead Body Look Like After One Year? 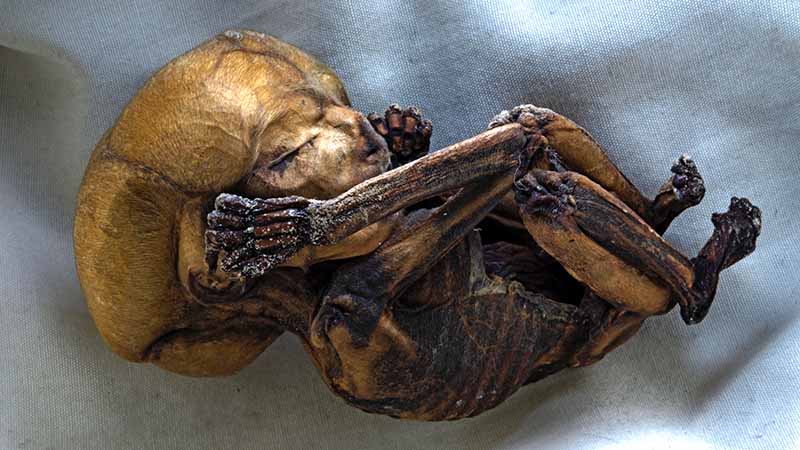 Around the world, archeologists discover burials where the body has deteriorated to varying degrees. Based on the remains of the body, usually just bones and teeth by the time the graves are discovered, archeologists can tell a lot about the person: age, gender, injuries, and sometimes even their social status depending on what is buried along with them. At other times, there is very little archeologists can discern due to the fact even the bones have dissolved due to acidic soil. Either way, most bodies leave clues of their existence even after long periods have passed.

In this day and age, especially here in Southern California, we deal with the bodies of most of our loved ones through cremation (burning the body) or burial in the ground. For those who are buried, if we, like the archeologists, were able to go back on the one-year anniversary of our loved one’s burial, to discover what remains still existed, what would we find? What could we tell about the person who passed away?

A body is designed to start decomposing directly after death occurs. Once the heart stops pumping blood and oxygen levels plummet, the bacteria inside a person’s digestive system starts feeding on body tissues. As cells break down, enzymes are released, quickening the process. Then, as the bacteria process these materials, they release gas, bloating the body, and creating new holes for other bacteria and insects to take hold and process more of the body’s tissues, muscles, tendons, and organs. Every piece of our body is broken down into new forms of energy and our bones are usually the longest lasting sign we once walked the earth.

This process of decomposition to the point of only bones remaining can take place in as little as a couple of weeks to thousands of years depending on the surrounding conditions around the body while it decomposes. If a body is left out in the open air in easy access to scavengers and temperate weather, then a body is going to decompose in a matter of weeks. If the temperatures are hot, then a person’s skin may dry out before fully decomposing. If the temperature is extremely cold, then the decomposition process slows significantly. This is why morgues refrigerate bodies before burial or during a crime investigation.

However, most bodies are not left in the elements to decompose. Most people are placed in the ground after death to decompose back into the soil. How quickly this takes place depends on what the body is placed in when buried. A body simply wrapped in a linen cloth or shroud when buried, as is still done in many places around the world, will decompose faster than a body placed in an airtight casket surrounded by a cement barrier. The more barriers between the body and the soil around it, the decomposition process slows down significantly though it still occurs in much the same order. To help speed along the decomposition process in a casket, sometimes holes are drilled into the lid or spaces are left open so outside forces can get inside to break down the body.

Embalming a body involves removing many of the organs and draining the blood before filling the cavities with chemical preservatives. This procedure does slow down the decomposition process enough to allow for an open casket funeral but does not stop the process. While the body may take longer to decompose it will, eventually, still become a pile of bones.

Seeing a body after one year

If you were able to view a body after one year of burial, you may see as little as the skeleton laid to rest in the soil or as much as the body still recognizable with all the clothes intact. Depending on what was done to the body before burial and in what condition it was buried in, the state of a decomposed body can vary greatly. In a cemetery, for instance, where bodies are buried in different ways and in different times, you could have two bodies in the same stage of decomposition buried ten years apart. For the most part, however, if a non-embalmed body was viewed one year after burial, it would already be significantly decomposed, the soft tissues gone, and only the bones and some other body parts remaining. If the body was embalmed before burial, there would still be moist material around the body from the decomposition of soft tissues and the body fat will be transforming into soap-like material as the moisture evaporates. In either case, the decomposition process is well on its way.

If an archeologist were to take a look after this one year mark, they could nearly always tell the age and gender of an individual, some injuries and medical conditions, and, sometimes, even quite a bit about them depending on the condition of any clothing, jewelry, or other personal objects the person was buried with.

Imagining our own bodies decomposing one day can seem horrific but this is simply nature’s way of transforming all creatures who once lived back into the energy needed by new life. The bodies we live and breathe in today, however beautiful, are borrowed material from the earth to be returned when we no longer need them. It is actually quite an efficient process as life and death follow one after the other.

As natural as the decomposition process may be, for most people, our instinct is to stay away from a decomposing body. This is for good reason. The diseases that may have lain dormant or hidden away in our bodies in life are now free to spread unmitigated to those still living. The insects and other creatures that help the decomposition process can also spread disease and the odor of a decomposing body can be extremely foul. For all these reasons, it is important to only let those who are trained in cleaning up after a decomposing body do the work. No matter what stage the body was found in, rely on professional biohazard cleaners to clean all affected areas and remove any lingering odor.