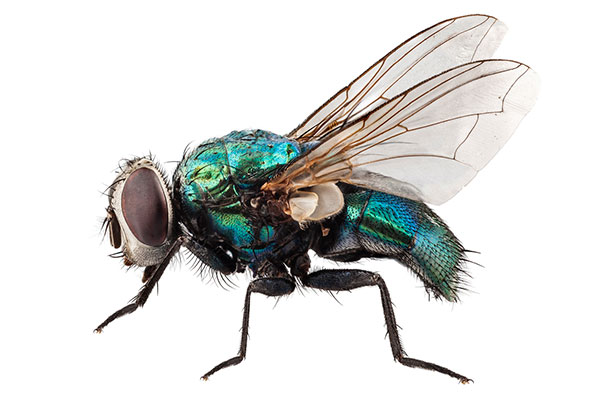 When a body is discovered more than 72 hours after death, details normally examined to establish time of death such as body temperature, skin color, and degree of muscle rigidity, have all plateaued. Blowflies, however, lay eggs within minutes of someone dying and so investigators can use the growth timeline of blowfly maggots to find out exactly when a person died.

In some deaths, establishing the time a person died is extremely important. Even the difference of a few hours can make a huge difference in convicting someone of a crime. It’s at these times a forensic entomologist (someone who studies bugs found on dead bodies) is called in to take maggot samples from the body, establish which type of blowfly it is and which stage the blowfly maggot is at in order to determine the time of death.

Life Cycle of the Blowfly

Though we use the term “blowfly” there are many different species with different growth charts and development timelines. Though adults are easy to tell apart, the maggots can look quite similar. Part of a forensic entomologist’s job is identifying which species the maggot belongs to and knowing how temperature and environment affects that growth. On average, though, the lifecycle of a blowfly goes through six stages. They are: 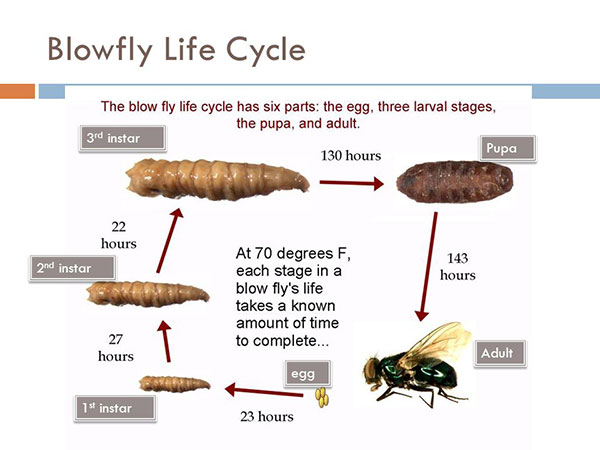 Blowflies Aid in the Decomposition Process

Blowflies often take a part in breaking down decomposing bodies and returning the nutrients back to the earth. It’s through their efforts that bodies decompose faster than they would otherwise.  Because of the specific life cycle of the blowflies, the time of death can be determined with fair level of certainty.   This is an important piece of information when investigating a death whether it’s an unattended death from natural causes, or when foul play is suspected.