You are here: Home / Hoarding / A Deadly Hoarding Case in San Francisco

On April 5, 2015, it was reported that a mummified body of a 90-year old woman was found in a home, and it is believed she died 5 years ago. The San Francisco home was full of detritus, from top to bottom, including over 300 bottles of urine, animal remains and feces and a rat infestation. What’s worse is that the home was shared by the deceased’s 65 year old daughter, who was hospitalized once her mother and living situation were discovered. The police responding to the scene were reported as saying this is the worst case of hoarding they had ever seen. 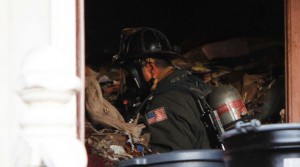 As we have mentioned in a previous blog post, hoarding is a psychological condition that can often be hereditary, and that seems to be the case in this situation. Here the home also presented a health hazard not only to the deceased and her daughter, but to their neighbors as well, because the home has attracted dangerous pests to the area.