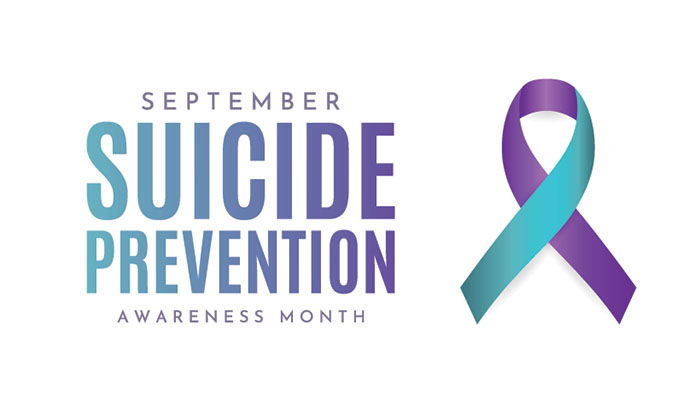 Suicide Affects Us All

According to the Centers for Disease Control and Prevention (CDC), “Suicide is death caused by injuring oneself with the intent to die. A suicide attempt is when someone harms themselves with any intent to end their life, but they do not die as a result of their actions.” With around 46,000 people committing suicide every year in the United States (4,144 of those in California in 2020—the latest data available), a suicide is committed every 11 minutes on average. The numbers of people who give serious thought to suicide or attempt the act are far higher.

With such high numbers, there is hardly a person not affected by suicide either directly or indirectly. From the loss of relationships, to loss of work time, to a family’s financial and emotional well-being, even the attempt at suicide, let alone committing the act, has far-reaching implications that go far deeper than the person committing the act can possibly imagine.

For people aged 10-14 and 25-34, suicide is the 2nd leading cause of death and is the 9th leading cause of death for people aged 10-54 overall. People hit especially hard by suicide are non-Hispanic American Indian/Alaska Native and non-Hispanic White populations, veterans, LGBTQ+, those in rural areas, and people who work in certain industries such as mining and construction. With such a wide-ranging effect on people’s health and mental well-being, it’s vitally important to know the warning signs of suicide and to reach out for help whenever we are going through a difficult time.

Learning about how to prevent suicides is a useful skill to develop. Knowing the warning signs may just save the life of someone you love.
The CDC lists the 12 warning signs of suicide as:

A person committing suicide rarely does so for one reason alone. There are usually multiple contributing factors such as substance abuse, legal troubles, loss of relationships, lack access to healthcare, and a history of mental illness, among other contributing factors. In similar fashion, successful prevention measures need to be multi-pronged, as outlined by the CDC, with efforts directed toward supplying mental health professionals in under-served areas, stabilizing housing and financial security, teaching coping and problem-solving skills, and promoting connectiveness, among other preventative measures.

Reach Out for Help

As incredibly useful as knowing the warning signs of suicide can be, there will still be times we don’t realize what is going on inside someone’s head. Here in the US, there is still a part of our culture that says asking for help and seeking professional help is a sign of weakness, much less sharing inner difficulties openly with others. Indeed, asking for help is a sign of strength and courage.

If a loved one attempts or commits suicide, do not blame yourself. Instead, seek mental health help of your own to help you grieve and process your loss. We all need someone to walk with us through difficult times.

The Suicide Prevention Hotline has a new phone number of 9-8-8. Akin to the emergency line of 9-1-1, 9-8-8 is an easily remembered way to get help when in a mental crisis or needing help on behalf of a loved one. With people available 24-7, there are licensed metal health professionals ready to help and refer to community resources. Even if you’re in a rural area without mental health professionals nearby, you can always call or text this number for immediate assistance. Completely free and confidential, a chat feature is also available on the 9-8-8 website.

Bio SoCal is Here to Help

If someone has committed suicide on your Southern California property, Bio SoCal is here to help every month of the year. With emergency suicide cleanup services available 24-7, simply give us a call and we will be there to restore your property whenever you need us.